“Even in winter, it’s well worth doing. Floating gently up in the air with Napa Valley Aloft, the landscape morphs from a gentle, fog-covered blanket to lush vineyards, Napa’s famed valley cradled by mountain ranges and rolling green hills as your pilot steers you through the valley for a ride that lasts roughly one hour. They operate early morning for wind-factor purposes — and as you feel the heat of a massive balloon (the oldest form of “commercial” flying) inflate before you, it’s worth waking up for. “

“The Kimball Family and Napa Valley Aloft were floating people above the Napa Valley long before it became a world-famous food and wine destination. Weather is best between April and October in Yountville, the launch site and picturesque town that’s home to the French Laundry restaurant. Soar over green rolling hills and small and large family vineyards—with views to the Sierras and San Francisco on clear days. Individual flights from $200 per person; group flights and private tours available.”

“For a memorable aerial view, glide over lush vineyards on a colorful hot air balloon operated by family-owned Napa Valley Aloft Balloon. Balloons launch from the V Marketplace (Yountville) and accommodate children as young as 6 — as long as they’re tall enough to see over the side of the basket.”

“The second day dawned with me soaring over town in that big, beautiful hot air balloon. As the vineyards and beautiful estate homes passed below, owner Jay Kimball, who shares his time between Yountville and San Miguel de Allende in Mexico, pointed out whose estate was whose and related decades-old gossip of parties in the mansions.

“After researching different companies, I settled on Aloft – mostly because they limit the number of passengers to 8-12 (instead of 16-24). I’ll admit I had a fear of people crushing me as the basket hit ground during landing. This did NOT happen”

“Our final must-do was fantastic! At sunrise, we lifted off in a colorful hot-air balloon above an ethereal morning of harvest.

“Wine Country escape is a prized ritual in Northern California. Tastings are a given, but add in the hiking, biking, spas, and hot springs, and it’s easy to feel overwhelmed. We’ve narrowed down the possibilities and divided them evenly by county: The first 23 activities are dedicated to Napa, the second half is all about Sonoma. Choose your own adventure, just be sure to stay safe on the roads (or up in the air, or on the river, as the case may be)…

“As much as New World wines are exceptional, the source of your tipple is a sight to behold as well. The valley boasts one of the most incredible hot air balloon rides in the world, thanks to the swaths of vineyards imbued with the colours green and purple. You might want to go easy on the vino the night before though, we wouldn’t want anyone to get airsick! If you’re interested: Napa Valley Aloft.”

“The most surprising thing about being suspended 3000 feet in the air was that the entire trip was completely calm and serene. The noise from down below faded away as the balloon gained altitude, and soon all you could hear was the nervous and excited whispers from our co-passengers.”

“As we drank Prosecco and ate a hearty and delicious breakfast, I realized that in order to gain a true Napa Valley experience, one must drink some of the best wine in the world, eat at some of the best restaurants in Yountville, and take in the magnificence of the Valley from the vantage point of a hot air balloon.”

“Soar over Napa Valley together at sunrise, just the two of you in your own private hot air balloon ride, with unparalleled views of the lush vineyards, majestic mountains and rolling landscape. “

“I would like to thank the entire Napa Valley Aloft family for their wonderful hospitality both on the day and before the flight. You truly made our experience memorable and well worth the tick on my bucket list.”

“The company we flew with was Napa Valley Aloft and they are the only balloon company allowed to ride in Pope Valley which means when there is a weather issue you are not headed to Davis, California like the other competitors, instead you are still floating over vineyards. This is really important to know as when you pay for a “Napa Valley” hot air balloon ride, you want to make sure the backup is still includes sights of vineyards. Our family was friends with the owner so we lucked out that it was this company we went with as when we showed up there was weather issues so we headed to Pope Valley.”

“When we talk about the most romantic and memorable trip of our life, different people share different exotic experiences. One such adventurous voyage I am going to share today is the mesmerizing hot air balloon ride with Napa Valley Aloft Balloon Rides. Napa Valley’s Wine Country is known for its unparalleled views of lush vineyards, golden horizons, and rolling hills. The best way to enjoy the beauty of nature is to go on a hot air balloon ride across the valley. During my recent visit to Napa Valley, I decided to explore this exciting activity and here I am with the details of this wonderful experience.”

“V Marketplace is also the launch site of one of Napa Valley’s original hot air balloon companies: Napa Valley Aloft Balloon Rides, operated by the Kimball family. Crowds gather everyday at 5:45 a.m. for a 9-mile trek at an elevation of 4,500 feet, offering a new—and possibly the best—view of Napa Valley. Jay Kimball launched the company in 1976, and he still takes guests on one of the most exhilarating tours to the tops of trees to pick bay leaves and into the valleys to watch the sunrise over the hilltops. The morning adventure concludes with a post-flight breakfast and flowing glasses of Champagne at Pacific Blues Cafe as the final cheers to the weekend in Napa Valley.” 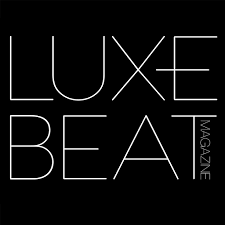 “What are you doing at 6:30 a.m.? A once in a lifetime encounter allows you the vantage point of looking down at rows of fields of grapes in the Napa and Pope Valley. Napa Valley Aloft provides an exhilarating vantage point on a sky-high experience above the valley’s lush, verdant interior. The journey departs next to Vintage House in V Marketplace where you can watch the inflating balloons get ready to fly you away. After your thrill-seeking balloon expedition, it’s time for a post-flight breakfast at Michael Chiarello’s Ottimo Restaurant located adjacent to your landing exit.”