Taking a balloon ride over Napa Valley is absolutely magical and should be on your list of things to do. But, after reading about some great adventure travel destinations and seeing the breathtaking photos of the sites, we thought it would be a good idea to look passed our own backyard. If you’re looking for other amazing places to fly over and take-in the sights, here are some of our top recommendations. 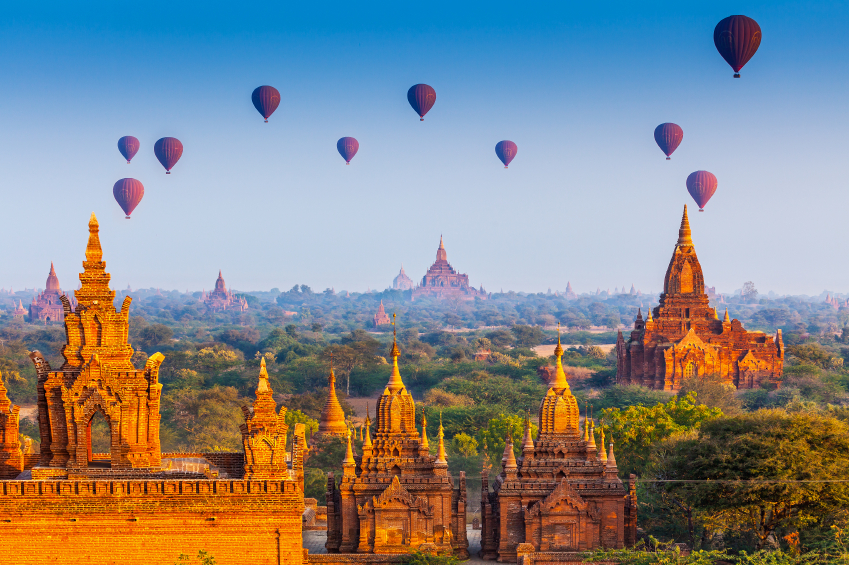 There’s nothing like seeing the sunrise over the ancient temples of Bagan in a hot air balloon. For many, it’s one of the most incredible, breathtaking travel experiences. There are over 2200 temples and pagodas on the plains of Bagan, most constructed between the 11th and 13th century, the final markers of what was once a thriving kingdom. To say that there is truly nothing like it in the world would be an understatement. 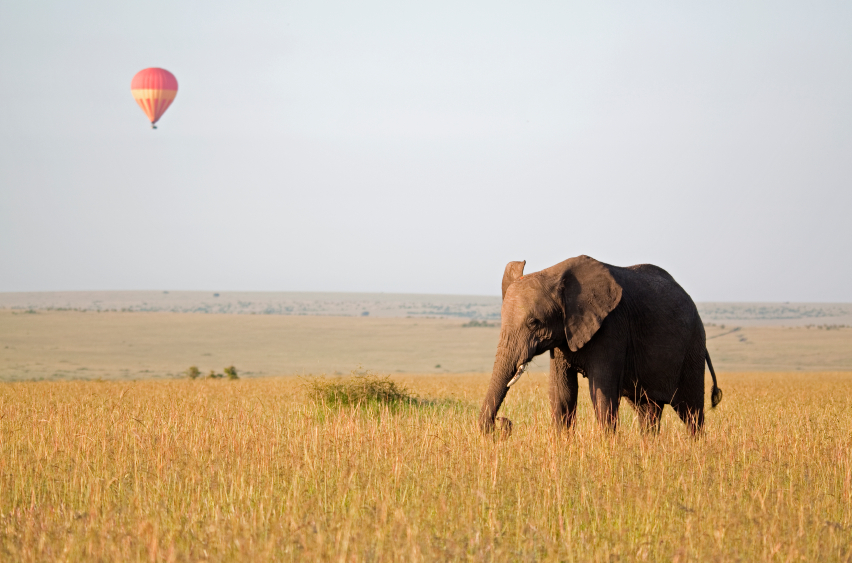 Can you imagine floating just above some of Africa’s most spectacular wildlife? There is nothing quite like a hot air balloon over the Kenyan landscape, providing a bird’s eye view of the best East Africa has to offer in the Maasai Mara National Reserve. This massive game reserve is filled with amazing wildlife, including giraffe, elephant, zebra, lion, cheetah, wildebeest and more. 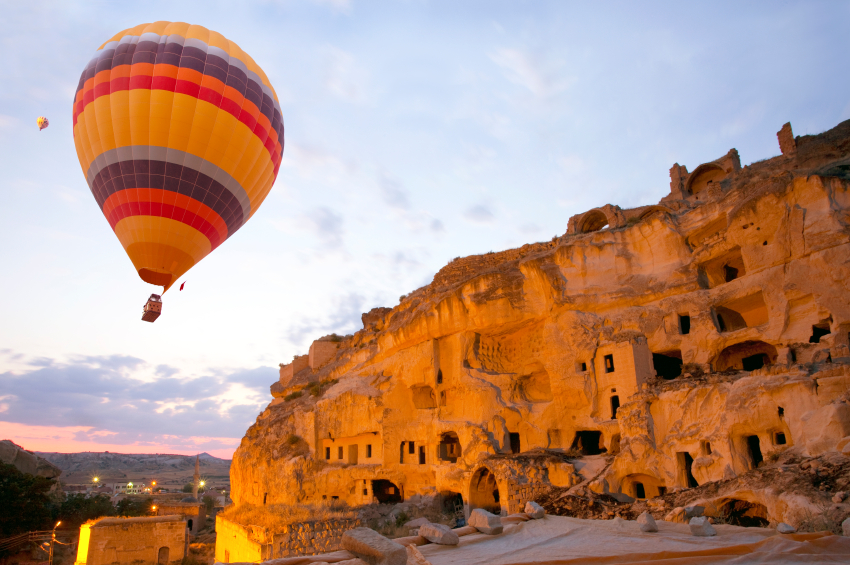 Cappadocia looks as if it was plucked from a whimsical fairytale and set down upon the stark Anatolian plains. It’s filled with otherworldly natural sites, most notably the “fairy chimneys,” tall, cone-shaped rock formations clustered in Monks Valley and elsewhere. Cappadocia is often ranked as the No. 1 place on Earth for a hot air balloon ride. 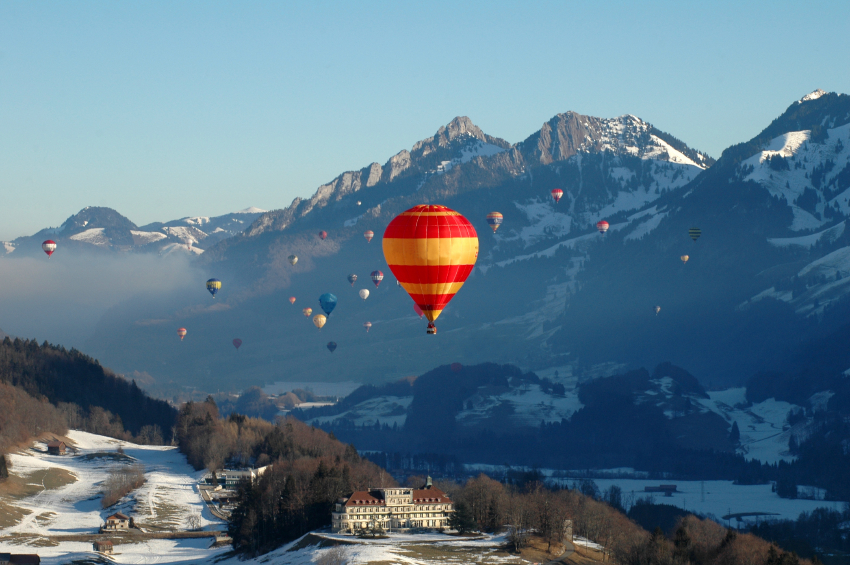 If you’d like to soar above a winter wonderland, there are few better places than Switzerland where mountain landscapes are beautifully contrasted with the brilliant blue skies. Not only renowned for its winter sports, its exceptional micro-climate allows for superb flying conditions and 360-degree panoramas over storybook villages and toward snow-capped Mont Blanc, the Eiger, and the Matterhorn. Chris Burkard says that the European Alps are “the perfect place to capture a perfect reflection of the Matterhorn.” 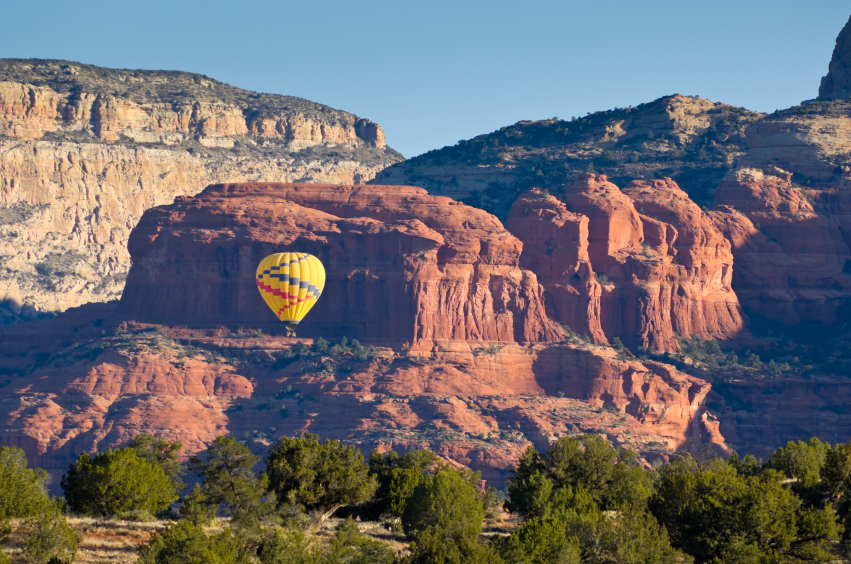 Sailing above the massive, vibrant red-rock formations in Sedona is a truly amazing experience. A sunrise takeoff is especially incredible with the sun lighting up the fiery landscape. 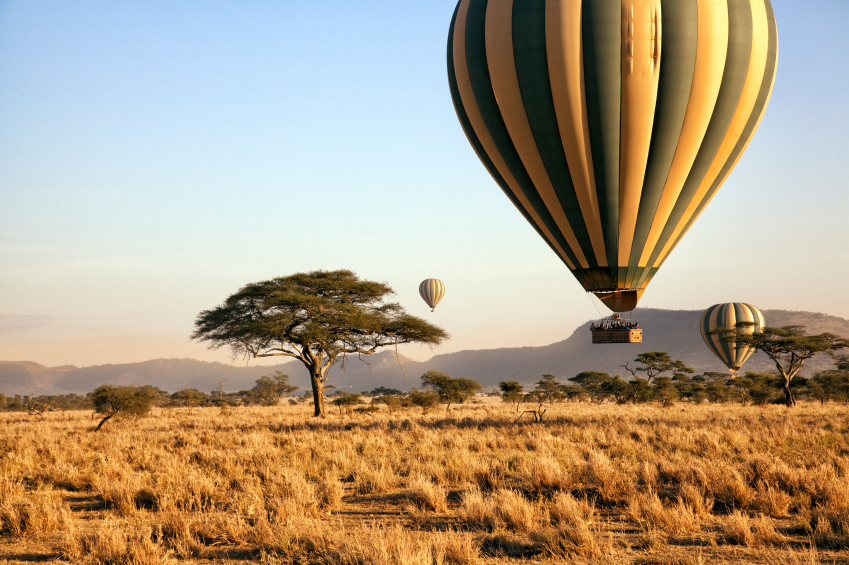 Lions, hippos, leopards, giraffes, and zebras thrive on the grassy plains of the Seronera River Valley, as you’ll witness on a Balloon Safari. Flights also catch sight of the estimated 2 million wildebeest that migrate from Kenya to Lake Victoria each year, often passing through the valley between May and early June and again from late October to December.

­­­Valentine’s is Just Around The Corner!

Valentine’s day is just around the corner and for all of you that totally let it slide and find yourself trying to book hot air balloon rides for Valentines weekend you probably noticed we’re all booked out! Do not worry we have a few great ideas!!! Why not give your Valentines a Gift Certificate for a balloon ride?! I highly recommend including the champagne brunch, and here’s why; for starters it’s hosted by our awesome pilots and after flying side by side with them you’ll know exactly why I say that! Second… Mimosas, aaah yes please! So what can be better than crazy gorgeous views to start your day, and mimosas??? I’ll tell you… an absolutely delicious brunch and guess what?! If you purchase the gift certificate through February 14th you save $25.00 per person flight! But your probably thinking, what’s the catch this sounds too good to be true, well it’s not! And to top it off gift Certificates never expire. So feel free to use it whenever you want.

So now you solved your gift problem but you still have to plan something special to do for the actual day. Here’s an idea…. Sightseeing early morning! Look at the sunrise while taking in all the colors of our balloons that are up in the sky! The perfect time to give your special someone their gift certificate! Fill the rest of your day with wine tasting and great food; you’ll sure to have a fun full Valentine’s Day!

Here is another idea for Valentines; make a mini hot air balloon yourself! 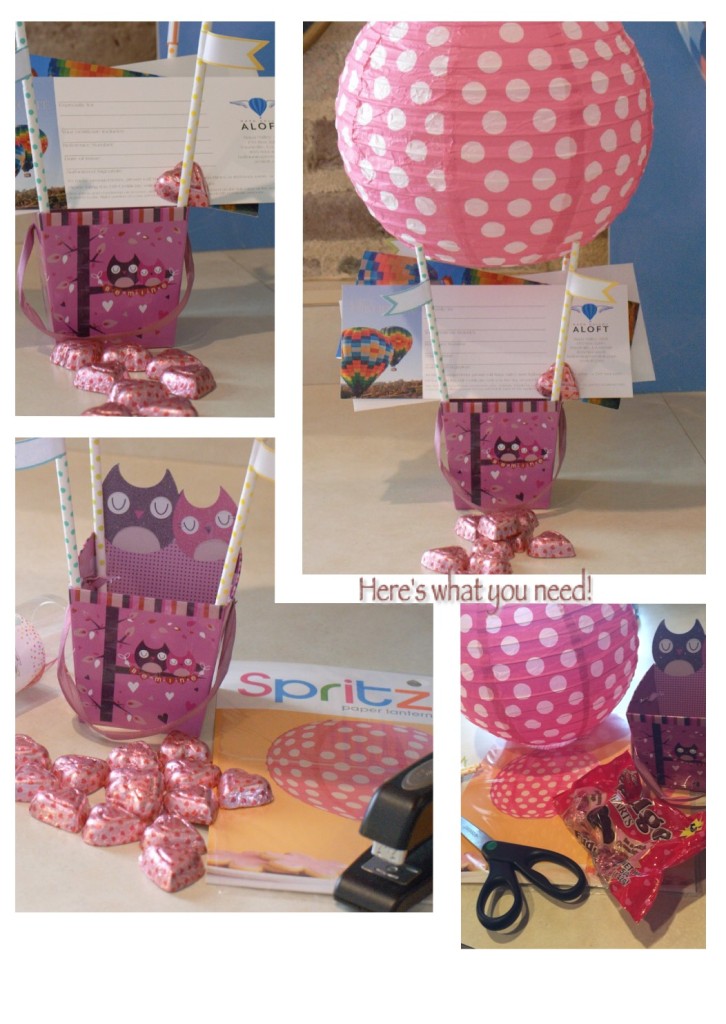 It’s easy, fast and not pricey at all. I literally spent around $7.00.

Once you have everything all you need it to do is put it all together. I used scotch to stick the straws on the inside corner of the goodies box, unfolded the lantern and put it on the straws, placed the chocolates inside the goodies box and I was done! If you want to secure the lantern you can glue it but it’s not necessary. Anyways it’s a great idea to present your gift certificate or just to make a little something special for your special someone! It’s even fun to do with the family and kids love it. Best part is you can use it for Easter, birthdays, baby showers etc. Be creative and have fun!