Taking a ride in a hot air balloon is a truly unique and exhilarating way to appreciate the full beauty that California’s Napa Valley has to offer. While experiencing a hot air balloon ride is extremely satisfying and rewarding it is also highly weather dependent so it’s important to know the seasons and when the best times to fly are.

How does the seasonal weather in Napa Valley affect hot air ballooning?

Hot air ballooning is highly weather dependent. Conditions need to be as close to perfect before any of our pilots will take to the skies. Ideal conditions for ballooning are no rain, good visibility and, most importantly, low wind.

Why is the wind such an important factor?

Wind is the most important factor in safe ballooning because it affects every stage of a flight. For a safe balloon flight wind speeds on the surface must be less than 10 mph. Wind speed affects ballooning for three reasons:

The Federal Aviation Administration (FAA) regulates ballooning and there are strict rules on minimum visibility that permits us to fly. Low-lying clouds, mist and fog can have an impact on visibility and may occasionally disrupt or change flight schedules.

Apart from the obvious downside of getting passengers wet, rain can also have a huge impact on how a balloon maneuvers when in flight. The surface temperature of a balloon increases as hot air is pumped into it and, when rain falls, it inevitably cools it down.

When this happens, a balloon will begin to descend and so a pilot must burn extra fuel to heat the air back up to an ideal temperature. Even a gentle rain shower can make it difficult to control a balloon.

When are the best weather conditions?

The ideal time to fly is early morning, specifically just after dawn. It’s at this time when winds are at their calmest and temperatures are cool, making for ideal flight conditions.

The San Francisco Bay area is notorious for its fog, which can occasionally creep its way into Napa Valley. This fog can give a magical touch to the experience of flying but, unfortunately, this early morning phenomenon also coincides with the optimal time for balloon takeoffs.

In such instances many companies have to launch outside Napa Valley but Napa Valley Aloft has exclusive rights to another viable flight corridor in the wine region of Pope Valley.

Pope Valley gets a very low percentage of fog because of its location at high elevation making it a great takeoff point.

What time of the year is best to fly?

Weather in Napa Valley is quite moderate year-round, making it favorable for wineries and balloon enthusiasts alike. Napa Valley Aloft operates all year and the different seasons come with different weather conditions: 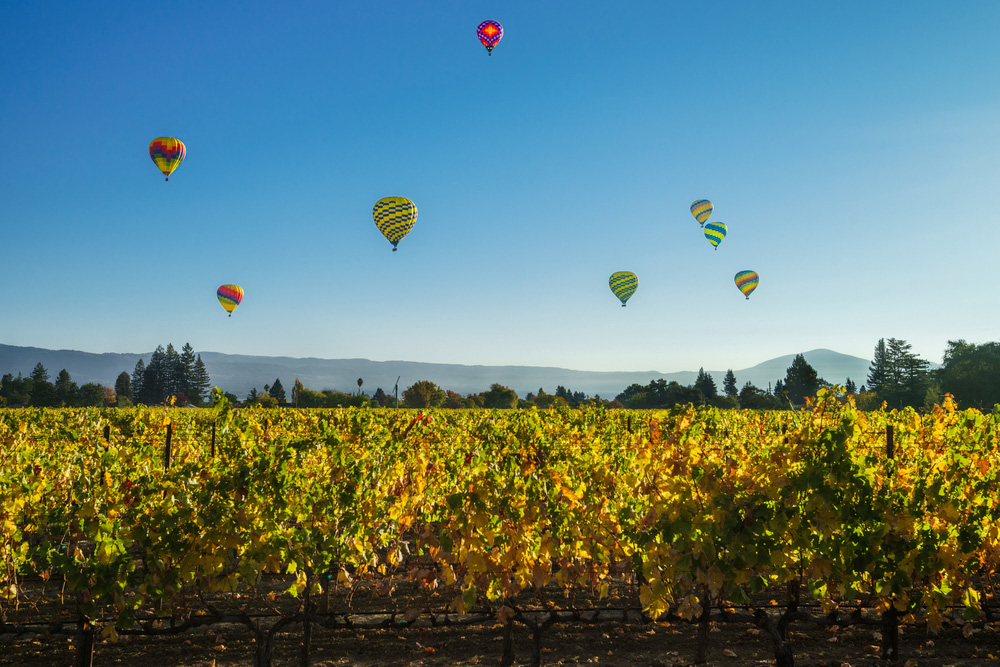 Moderate temperatures in spring make mornings and evenings wonderfully crisp and fresh in Napa Valley. The land is lush and green from winter’s rain as temperatures throughout the valley begin to rise.

Spring time offers a mix of warm afternoons in the mid-high 70s to rainy days in the low 50s so ballooning can be affected. Rainy season is over come mid April so ballooning is more popular later in this season. 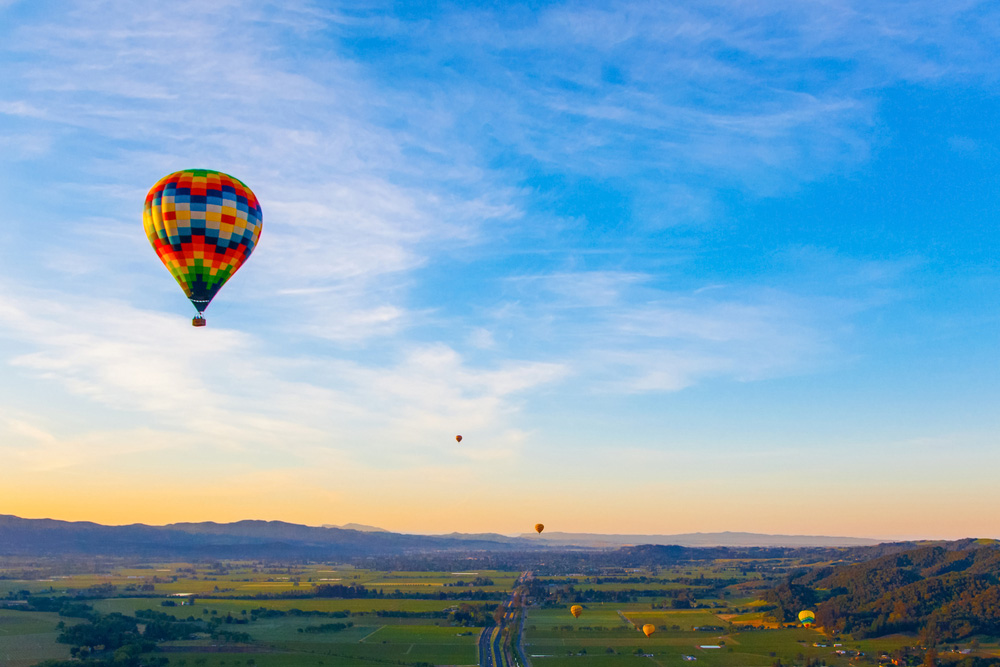 The peak and festival season. Bottle Rock Napa Valley and the Festival del Sole draw massive crowds to see artists such as Robert Redford and Cirque du Soleil. Temperatures are beautiful with temperate nights and averages in the mid 90’s during daytime.

However nice it is, the warm weather creates heavy fog in nearby San Francisco, which can occasionally creep in over Napa Valley, forcing launches to happen outside its perimeter or in neighboring valleys. 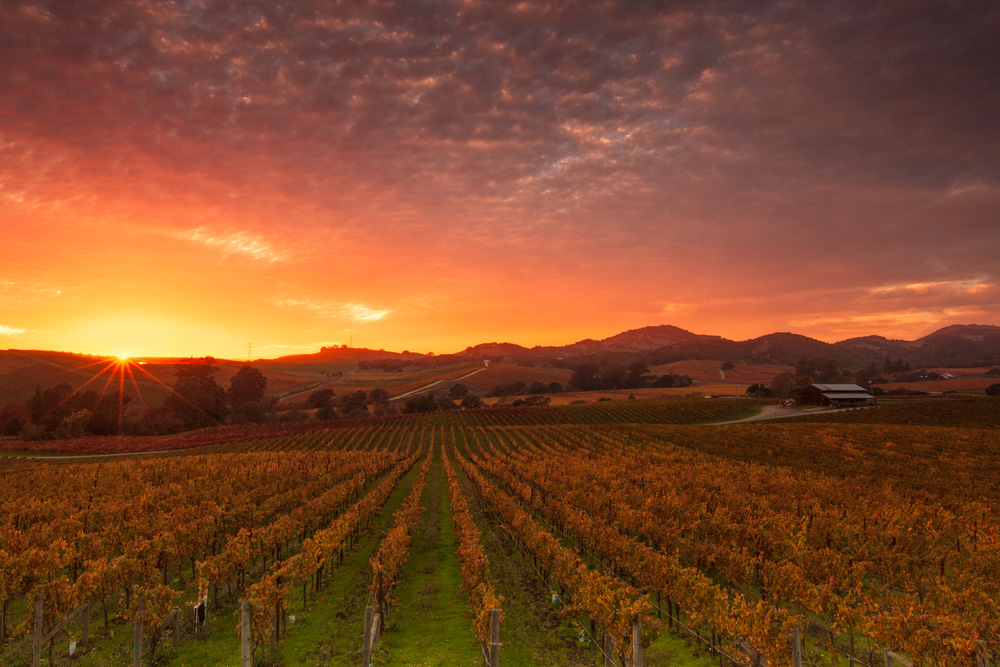 Fall means harvest time for local wineries and it is often regarded as the best time to visit Napa. Weather conditions are still warm from summer but nights start to get cooler at this time.

The valley is covered in dramatically colored foliage typical of fall, offering spectacular sights and sceneries during your flight. Rain slowly begins to creep back in but the heavy showers generally hold out until winter. 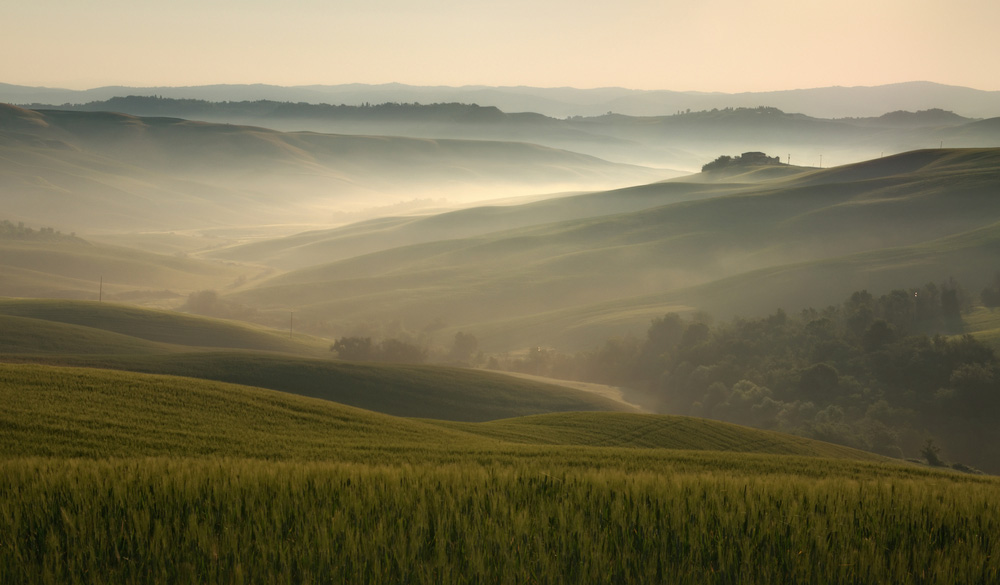 Weather conditions are quite mild in comparison to most other places during this time. Temperatures remain moderate and rarely go below freezing. Rain becomes frequent which results in fewer flights although, that said, there are plenty of dry days as well.

Whether or not a hot air balloon takes flight is primarily down to three main conditions; rain, visibility and wind. Napa Valley enjoys moderate temperatures year round but the different seasons bring different challenges and aspects to a ballooning experience.

As described above, the changes from season to season can be vast so which time of year you decide to fly is really up to you. Think about the kind of scenery that you’d like to see during your flight and you should have an answer as to which month would suit you best.